What Biden Can Do Without Congress

What Biden Can Do Without Congress

On All Fronts at Once

On All Fronts at Once

About the Revolving Door Project

The Revolving Door Project (RDP), a project of the Center for Economic and Policy Research (CEPR), scrutinizes executive branch appointees to ensure they use their office to serve the broad public interest, rather than to entrench corporate power or seek personal advancement.

The Agency Spotlight tracks appointments to leadership positions at thirty-nine independent federal agencies through the confirmation process and beyond. Additionally, for three agencies — the Federal Deposit Insurance Corporation (FDIC), the Federal Trade Commission (FTC), and the Securities and Exchange Commission (SEC) — the Spotlight monitors and exhibits key votes. 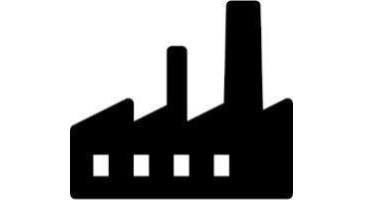 Building off the work of our Personnel Map, the Industry Agenda is a report series that looks at how different industries seek to influence the staffing of the Biden Administration. In these reports, we take a closer look at the policy issues at stake for various industries, as well as the agencies and offices they will be looking to influence.

The Personnel Map aims to demonstrate the breadth and depth of corporate America’s interest in the executive branch of the federal government. The map ties major economic sectors to the individual political positions that have the power to regulate, bring enforcement actions against, or disburse funds to the companies in that sector.

The Revolving Door Project published a new white paper, “The Revolving Door In Federal Antitrust Enforcement,” which presents new evidence of the extent and impact of the revolving door at both the leadership and staff levels between the Department of Justice Antitrust Division and the Federal Trade Commission and corporate-aligned entities.

More
RDP in the News

Conservatives On The March: GOP Gains Ground Despite Democratic Control

Will EPA Use Special Power to Prod Trump Holdovers On Climate?

Revolving-Door Riches: How Obama-Biden Officials Cashed In During The Trump Years

With increased surveillance and the criminalization of pregnancy, we have not returned to pre-Roe days. What Biden does now will determine whether and how our grim present becomes even grimmer. https://t.co/6WFfBnz13P

With midterms looming, Democrats must employ the political-messaging strategies laid out by progressives like AOC and Elizabeth Warren by calling out institutional illegitimacy, circulating what Dems CAN do for the public, and taking concrete action. https://t.co/6WFfBnz13P

Democrats continue to engage in a counter-productive adherence to norms, which is preventing them from using innovative maneuvering to produce substantive results for their constituents — something Republicans have long wielded to devastating effect. https://t.co/6WFfBnz13P

Biden said he would do “all in [his] power” to protect abortion rights, which has so far meant a quiet backtrack on the filibuster and directing the FTC to investigate data privacy concerns. But he can do more, as scores of experts have already examined. https://t.co/6WFfBnz13P

New: For @TheProspect, our @aguilarosenthal, @MekedasB, and @GlennnaLi explain how the Biden administration has effectively hobbled itself as a result of its own learned helplessness. https://t.co/6WFfBnz13P

RDP's @HannahStoryB: "The nightmares inflicted by this unelected, illegitimate Court upon the American public will last only as long as we refuse to take action to change the balance of power... There is no time for cowardly half-measures."